Matilda The Musical Makes It's Regional Premiere at The Franklin Theatre - Franklin-Theatre
615.538.2076 Sign up for our Newsletter

“REJOICE. It is even more glorious than promised.” – New York Times

“Once in a blue moon, a show comes out blazing and restores your faith in Broadway.” – New York Post 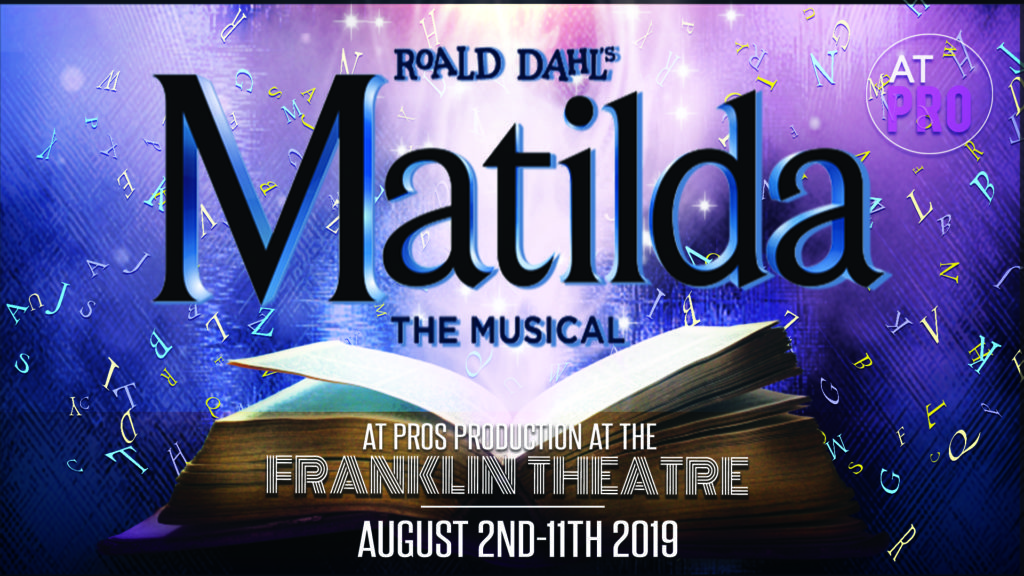 TIME Magazine’s #1 Show of the Year, MATILDA THE MUSICAL, is coming to The Franklin Theatre as part of the Act Too Players professional company, AT PRO, August 2-11, 2019.

Winner of 50 international awards including 4 Tony Awards ® and a record-breaking seven Olivier Awards ® including Best Musical, MATILDA THE MUSICAL is based on the beloved novel by best-selling author Roald Dahl (Charlie and the Chocolate Factory, Fantastic Mr. Fox). It is the story of an extraordinary girl who dreams of a better life. Armed with a vivid imagination and a sharp mind, Matilda dares to take a stand and change her destiny. Book by Tony Award®-winning playwright Dennis Kelly and music and lyrics by Australian comedian, musician and composer Tim Minchin.

MATILDA THE MUSICAL is directed by Sondra Morton, Theatre Arts Director for the Act Too Players.  Reece Benton and Reagan Schmicker share the title role of Matilda, New York based actor Thomas Demarcus will lead the way as Ms. Trunchbull, while Megan Murphy Chambers is set to play the wacky Mrs. Wormwood. Jeremy Maxwell plays the corrupt Mr. Wormwood, Erica Haines plays the kindly Ms. Honey, and Jennifer Whitcomb-Oliva plays the lovely Mrs. Phelps. The show features the talents of several Act Too students and children. Jamey Green is Musical Director, while Jayme Smith serves as the production’s Stage Manager.