The Heritage Foundation of Williamson County, TN has hired an interim executive director for its division The Franklin Theatre. Longtime veteran of the theatre industry and executive producer of the Foundation’s 2017 50th anniversary celebration, Paul T. Couch will join the organization this week. 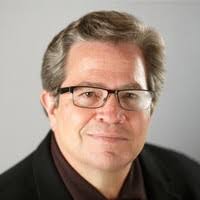 CEO of the Heritage Foundation Bari Beasley said, “Paul brings a tremendous amount of experience, energy and a thoughtful, collaborative nature to The Franklin Theatre. From national touring productions to local theater, he understands what it takes to be in the sometimes-difficult show business but also how to maximize partnerships, sponsorships and the local community to better the entertainment experience for everyone.”

Couch has extensive experience in venue management as well as producing and presenting entertainment, including his time as general manager of the Ryman Auditorium. At Nashville’s most historic live music venue, he booked and promoted a variety of shows, including country, pop, rock, bluegrass and classical music concerts. He also produced the musicals Always…Patsy Cline, Lost Highway—The Music and Legend of Hank Williams, and Bye Bye Love—The Everly Brothers Musical and the Ryman’s first season of repertory musicals.

From there Couch ventured to Savannah, Georgia, where he directed the renovation and opening of the Lucas Theatre for the Arts in the city’s historic district. While there, he presented successful seasons of Broadway shows and classical performances as well pop, rock, country, bluegrass and comedy shows.

Not long after, Dollywood theme park hired Couch as its director of entertainment and executive producer where he became one of the theme park industry’s most award-winning entertainment producers. Dollywood won over 20 Brass Ring Awards and six Golden Ticket Awards during his tenure, from 2003 to 2014. He was also responsible for managing the operations of the park’s eight performance venues. It was there that Couch and Dolly Parton began a creative partnership that includes several major musical productions and a Hallmark Channel television special.

For the past five years Paul has been a Franklin resident where he continues to create and produce musicals. Most notably, he is collaborating with Dolly on the new musical Smoky Mountain Christmas Carol, an original adaptation of the Charles Dickens classic. The work recently sold out three showcase performances at the Ordway Theatre in St. Paul, Minnesota. Couch graduated from Muskingum University with a Bachelor of Arts degree in Music and a minor in Theater and received his MBA from Belmont University.

To learn more about the Theatre’s upcoming shows and movies, visit FranklinTheatre.com.