The Gateway Chamber Orchestra of Tennessee embarks on a new annual music festival that will feature multiple concerts over five days at various venues in Clarksville and Franklin, Tennessee and Fort Campbell, Kentucky.

The premiere of America’s Haydn Festival, April 4-8, 2019 will honor the father of the Symphony and the String Quartet, Franz Joseph Haydn. 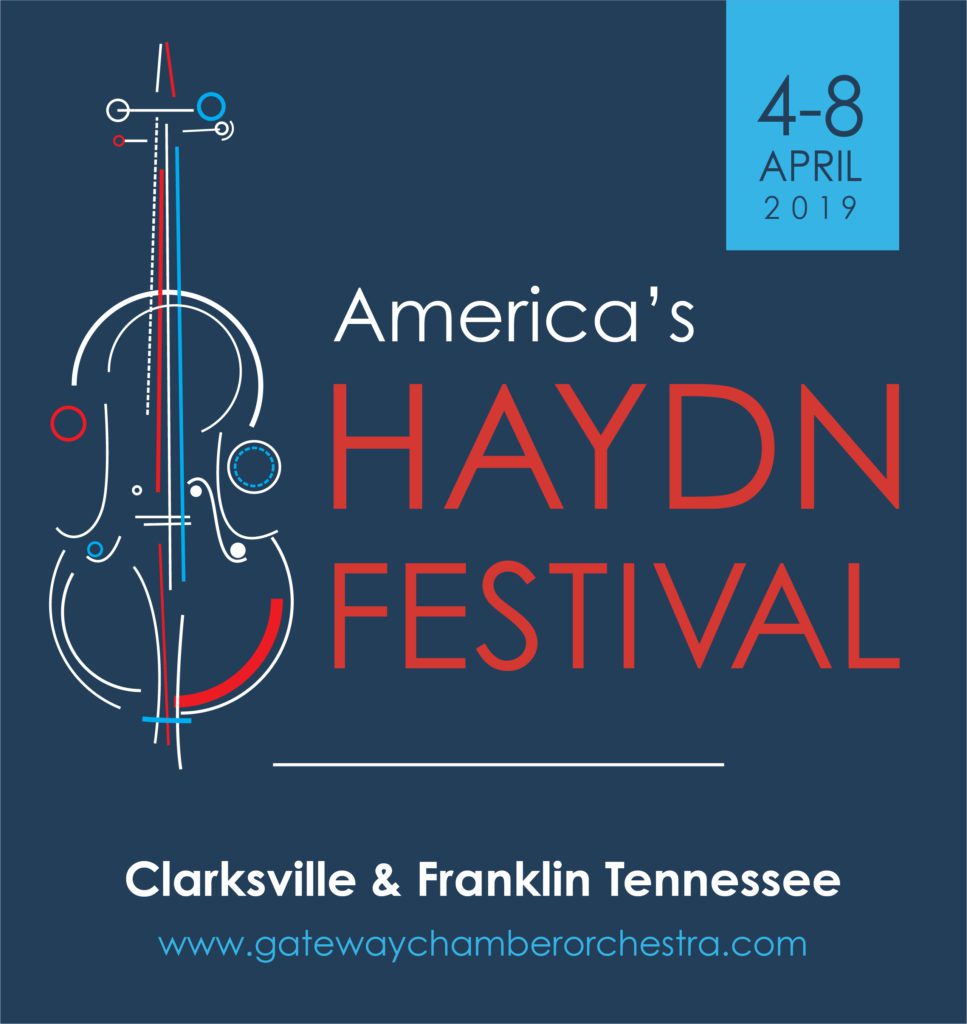 Gregory Wolynec, Gateway Chamber Orchestra Music Director commented that the roll-out of the new festival could bring even more national attention to Middle-Tennessee, already known as a music tourism destination.

“This festival will be truly one-of-a-kind; there isn’t one like it anywhere in the country,” he states. “Haydn is a composer that we have dedicated so much of our first 10 years to, with performances of his works becoming a calling card for our orchestra. Celebrating the incredible scope of Haydn’s creations, from beginning to end, with some of Middle Tennessee’s finest musicians is the perfect way to start a new festival. His musical career was so expansive and influential that we’ll have inspiration for years to come.”

This new festival will spotlight performances by string quartets and the full Gateway Chamber Orchestra at venues in Clarksville, Franklin and Fort Campbell.

Wolynec went on to add, “We are especially pleased to present a performance for the military community at Fort Campbell Army Post as part of this first festival. Soldiers, their families and members of the military community are invited to hear some wonderful musicians in a very up close and personal setting.” According to Wolynec the date, time and location for the Fort Campbell event will be announced soon.

America’s Haydn Festival will kick-off at 7:30 p.m. on Thursday, April 4 with a String Quartet concert performed at First Presbyterian Church in Downtown Clarksville.

The same program will be presented at 7:30 p.m. on Friday, April 5 at St. Paul’s Episcopal Church in Franklin.

At 4:00 p.m. on Sunday, April 7 the GCO will present Haydn’s symphonies No. 1 and No. 104, the famous London symphony at the George and Sharon Mabry Concert Hall at Austin Peay State University in Clarksville.

On Monday, April 8th at 7:30 p.m. the same program will be repeated at the Franklin Theatre in Franklin.

GCO Principal Cellist Michael Samis will be featured at both venues performing Haydn’s 2nd Cello Concerto. Samis was previously featured in collaboration with the GCO in his critically acclaimed 2014 debut recording.

America’s Haydn Festival will also be the launching pad for the newly formed Tennessee Military, Veterans & the Arts Chorus. The new choral ensemble will make its premiere appearance to the public at the Sunday, April 7 concert in Clarksville. Members of the chorus include active-duty military service members, veterans and spouses; giving them the opportunity for creative expression through music.

Gateway Chamber Orchestra season ticket holders will have the opportunity to buy String Quartet performance tickets at a discounted rate.