The four-concert Masterworks Series will explore composers that have shaped the Gateway Chamber Orchestra (GCO) over the past decade, culminating with a new festival dedicated to Franz Joseph Haydn in April. Internationally acclaimed soloists are scheduled to perform, including Los Angeles Philharmonic principal clarinet Boris Allakhverdyan. 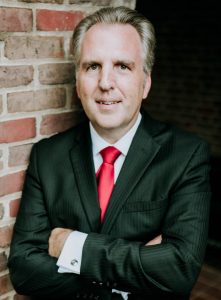 Join the GCO for a classical musical experience that will surprise and entertain as you listen to some of the most noteworthy musicians in the Southeast. This season begins with a slate of American originals, and the following concerts feature other GCO favorites, including Wolfgang Amadeus Mozart.

“The 2018-2019 season is a celebration of our first 10 years,” said Gateway Chamber Orchestra Music Director Gregory Wolynec. “Each program will take a closer look at composers and works that have shaped our identity with prominent American composers, fascinating works from the Second Viennese School, as well as Mozart and Haydn. This is a celebration of the music that has launched our orchestra!”

Season tickets (includes four events) begin at $50 for students/military and $80 for adults. The Gateway Chamber Orchestra performs at the Franklin Theatre, with concerts on Monday evenings.

For more information about the GCO, visit gatewaychamberorchestra.com. For tickets, call the Franklin Theater box office at (615) 538-2076 or visit www.franklintheatre.com. Season tickets are on sale now. Individual concert tickets will be available Aug. 6.

This All American line-up features favorites by Copland, a mesmerizing work by Philip Glass and a new work from the pen of Middle Tennessee’s own Cristina Spinei. It marks the first full line-up of American composers in the GCO’s history, featuring clarinetist Boris Allakhverdyan of the Los Angeles Philharmonic.

The GCO transports you to Vienna for a truly memorable musical experience. Explore the transformation of classical tonality in the 20th century with works by Arnold Schoenberg and his pupils as you discover these beautiful pieces by masters of the Second Viennese School.

The lineup of beloved treasures features three renowned composers – Wolfgang Amadeus Mozart, Richard Strauss and Pyotr Ilyich Tchaikovsky. Enjoy the stunning strains of the symphony penned for the Austrian town of Linz, while Serenade, Op. 7 and the Mozartiana suite serve as a tribute to Mozart’s influence on two later master composers.

Program to be announced

The GCO’s final concert of the season is a celebration of the music of Franz Joseph Haydn, composer of 106 symphonies. Nuanced performances of works by Haydn have appeared in every season of the GCO and have defined the orchestra’s sound and approach.

FOR MORE INFORMATION ON THE GCO: Visit gatewaychamberorchestra.com.

FOR TICKETS: Call the Franklin Theater box office at (615) 538-2076 or visit www.franklintheatre.com. Season tickets are on sale now. Individual concert tickets will be available Aug. 6.

The GCO is a nationally-recognized cultural institution committed to enriching lives through innovative concerts, distinctive recordings and inspiring educational programs. Conducted by Gregory Wolynec, the GCO performs in two permanent homes – The Franklin Theatre in Franklin and the Mabry Concert Hall on the campus of Austin Peay State University in Clarksville.