Non-profit Raises $63,000 for its Mission to Protect Children in County’s Court System 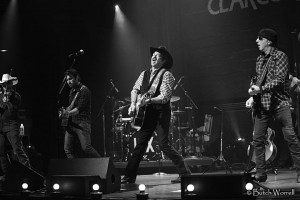 “Each contribution we receive goes directly to CASA’s vision of providing every child a secure and stable environment,” said Danielle McMorran, co-director of Williamson County CASA. “It also helps raise awareness of our work in the community. The CASA program doesn’t just benefit these children and their families—it affects each one of us, because those that we help are better equipped to become successful adults who no longer repeat the mistakes of their abusive caregivers.”

The non-profit organization’s annual “Voices for Children” fundraiser at the Franklin Theatre in downtown Franklin included a cocktail hour, live auction and a surprise appearance from country music star and Dancing With the Stars Season 16 contestant Wynonna Judd. An online auction, open for general participation, was held prior to the main event and contributed to raised monies.

Brooks and his full band rounded out the night, and entertained the audience with Brooks & Dunn songs and tunes from his own solo work, in a listening-room environment.

“Many of us have had a great opportunity to succeed, and a lot of these young people haven’t,” Brooks said. “If you spend a little time around them, you’ll realize these are the areas where we can really help society.”

“Voices for Children” is the organization’s biggest fundraiser of the year. Phil Plant, Ruth Gunning and Elizabeth Jewell were this year’s event chairmen, and the April 30 event raised $20,000 more than the non-profit’s 2012 benefit. Gold and silver sponsors for this year’s event were Jackson, CLARCOR, First Farmers, Barlow Builders, PwC, and Ernst & Young.

Williamson County CASA is an organization that advocates for the best interests of children in the judicial system, and works with volunteers to provide a permanent home for each one. The non-profit independently trains its volunteer members to investigate each situation, and report findings to the court.

For more information about its mission, or to learn how to volunteer, go to www.williamsoncountycasa.org.