In his young career, Shimabukuro has already redefined a heretofore under-the-radar instrument, won accolades from the disparate likes of Eddie Vedder, Perez Hilton and Dr. Sanjay Gupta, wowed audiences on TV (Jimmy Kimmel, Conan), earned comparisons to Jimi Hendrix and Miles Davis, and even played in front of the Queen of England.

The Franklin Theatre is honored to host Jake Shimabukuro at such an exciting and relevant point in his career. Prior to his performance at the Franklin Theatre Nashville Public Television will premiere his new documentary, JAKE SHIMABUKURO: LIFE ON FOUR STRINGS, Directed by acclaimed filmmaker Tadashi Nakamura on Friday, May 10, 2013 at 8:00 p.m.

Tickets for Jake Shimabukuro are on public sale now and start as low as $33.00 for classic seating.  They can be purchased at the Franklin Theatre box office (419 Main Street, Franklin, TN), online at www.franklintheatre.com or by calling 615-538-2076. 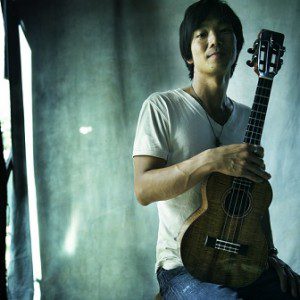