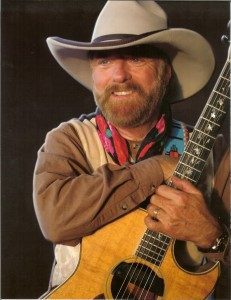 With six gold records to his name, Murphey is a world-class act and well-respected songwriter and performer in the music world. His songs have been recorded by artists such as Lyle Lovett, Kenny Rogers, John Denver, Nitty Gritty Dirt Band, Jerry Jeff Walker, Doyle Lawson and Quicksilver.

Throughout his career, Murphey’s work has gained recognition from iconic music corporations. BMI awarded his hit single “Wildfire” for its airplay after it reached a startling four million plays on radio and television.

A five-time winner of the Western Heritage Award from the Cowboy Hall of Fame, Murphey has also been nominated for three CMA awards as well as a Grammy Award. He and his music have appeared on PBS/RFD-TV hit series America’s Heartland, The Tonight Show, David Letterman, Austin City Limits, CMT and TNN.

Also proving himself to be a passionate activist, the Texas native has been recognized for his conservation efforts with the Golden Smokey Award for Outstanding Service to the U.S. National Parks Service and the New Mexico Distinguished Public Service Lifetime Achievement Award.

Tickets are on public sale now and start as low as $33.00 for classic seating. They can be purchased at the Franklin Theatre box office (419 Main Street, Franklin, TN), online at www.franklintheatre.com or by calling 615-538-2076.

Built in 1937, the Franklin Theatre re-opened to the public on June 3 following a multi-year, multi-million-dollar restoration. The Main Street landmark is owned and operated by the nonprofit Heritage Foundation.