FRANKLIN, Tenn. – Nine-time Grammy award-winning artist and singer-songwriter Sheryl Crow gained full advantage from her academic, athletic and social experiences as a student to eventually become a teacher before embarking on a creative career that would bring her international acclaim.  Thus, she has a special heart for the importance an educational setting and the community that surrounds it can have on young people. 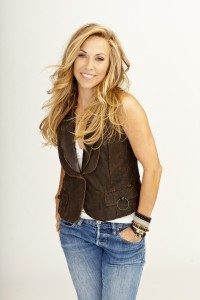 In support of New Hope Academy, a unique non-profit school in Franklin, Tennessee, she will devote three very intimate performances to raising awareness and financial resources to sustain their mission.

“New Hope Academy has impressed my family with their dedication to three commitments:  the promise of an excellent, classical education; their mission to the underprivileged; and the belief in connected, purposeful community,” explained Crow.  “These shows are one way I can contribute to that mission and, combined with the generosity of patrons we look forward to seeing at the shows, help foster their success.”
The performances are slated for April 19, 20 and 21, 2013 and will be hosted at the recently restored and historic Franklin Theatre which has quickly gained a reputation for world-class live performances in its intimate 300 seat listening-room environment.

“We are humbled by Ms. Crow’s generosity,” said Stuart Tutler, New Hope Academy Headmaster.  “Concert proceeds will go directly to our scholarship fund, which enables children of all socio-economic levels to experience a quality education at New Hope Academy.  We reserve 40-50% of our seats for low-income children and provide scholarships to those students.  In ways both large and small, when community leaders get involved they help instill, by example, the longstanding importance of a quality education.”

Since the release of her seven-times Platinum, Grammy award-winning debut Tuesday Night Music Club, Sheryl Crow has garnered nine Grammys, performed duets with musical luminaries such as Sting and Mick Jagger, released seven studio albums (each charting Top 10, four of them platinum-plus), a quadruple-platinum greatest hits collection and a Christmas album. She has also been nominated for an additional 27 Grammys, her most recent for 2008’s critically acclaimed Detours.

Crow launched her very own clothing line, Bootheel Trading Co., is a cancer survivor, has performed for President Obama and is a passionate supporter of a variety of environmental and health-related charities, including the NRDC, The Breast Cancer Research Foundation and The World Food Program. Crow has sold more than 35 million records worldwide. Her new single, “Easy” is off her forthcoming Warner Music Nashville release out later this year.

Tickets ($125 classic seating to $1,500 for VIP cabaret tables of 4 seats) will go on sale to the public on Tuesday, February 26 at 10 AM Central and are available at the Franklin Theatre box office (419 Main Street, Franklin, TN), online at www.franklintheatre.com/tickets/music/ or by calling 615-538-2076.