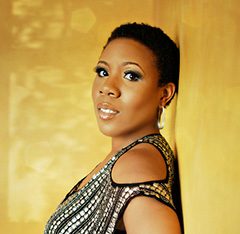 “I could not be more excited to be a part of Studio Tenn’s ‘Smokey Joe’s Cafe’ with such an amazing cast from all over the country,” said Doolittle, who was launched to international fame as a season six contestant of American Idol. “Studio Tenn is best known in this region for putting on flawless and exciting professional theater, and this show in particular has the musical and historical significance to further that trend.” 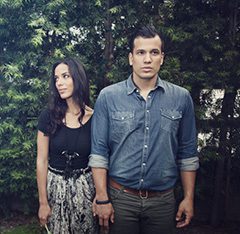 Starring with Doolittle in Studio Tenn’s production are husband and wife pop duo Abner and Amanda Ramirez, known together as JOHNNYSWIM. Amanda is the daughter of the late great first lady of disco, Donna Summer. While the duo is based in Los Angeles, they have roots in Nashville.

“This cast of singers is, in a word, ‘unreal’,” said Jake Speck, Managing Director of Studio Tenn and a veteran Broadway performer. “I know this may sound blasphemous, but vocally, this cast blows the original Broadway cast out of the water. These are eight of the best singers I’ve ever heard–period. We are just beside ourselves to have landed such an extraordinary concentration of vocal talent for this show,” which Speck describes as “a nonstop avalanche” of 39 rock and roll and R&B standards, including “Jailhouse Rock”, “Hound Dog”, “Stand By Me”, “Kansas City”, “I’m a Woman”, and many more.

“Our concept and take on the show is to strip away a lot of the Broadway and Vegas feel of it and focus more on the unbelievable Leiber & Stoller music catalog,” said Speck. “For inspiration, we went back to the original recordings of all these great songs. We are taking the show back to its roots.”

Speck will serve as Executive Producer for “Smokey Joe’s Cafe,” and Studio Tenn’s other principle Matt Logan is Director and Designer. Joining them are Choreographer Emily Tello and Musical Director and Conductor Steve Kummer.

Tickets for “Smokey Joe’s Cafe” are available now at FranklinTheatre.com or at the Box Office, (615) 538-2076. Season tickets are also still available for a limited time. Season Ticket holders receive a 20% discount on admission to each of the five shows in Studio Tenn’s expanded 2012-2013 season: “Smokey Joe’s Cafe”, “Twelve Angry Men” (staged at the historic Williamson County Courthouse), Dickens’ “A Christmas Carol”, “Big River”, and “My Fair Lady”. For more information, visit StudioTenn.com.