Critics are Raving about Studio Tenn's “The Miracle Worker” at the Franklin Theatre Feb 23 - March 4 - Franklin-Theatre
615.538.2076 Sign up for our Newsletter 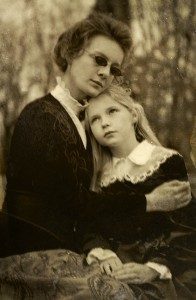 This weekend wraps up the 7-show run of Studio Tenn Theatre Company’s production of William Gibson’s “The Miracle Worker”–the true story of deaf, blind and mute Helen Keller and her teacher Annie Sullivan. The show has been unanimously lauded by critics, including reviewers from The Tennessean, BroadwayWorld.com and Nashville Parent Magazine. Here are some highlights of what the critics are saying:

“…Studio Tenn’s production is flawless, deeply emotional and a perfect representation of what a tremendous theater experience should be.”-Nashville Parent Magazine

“It’s hard to imagine a more satisfying production of this inspiring drama than the one currently on stage at Studio Tenn in Franklin.”-The Tennessean

“[10-year-old Madeliene] Hall utilizes everything in her arsenal to bring six-year-old Helen Keller so vividly to life in front of you. Her performance is expressive and heartbreakingly genuine..”-BroadwayWorld.com

“The opening-night audience was riveted, with many wiping away tears as the lights came up. Indeed, it’s a powerful evening of theatre.”-The Tennessean