Sheryl Crow to play the Franklin Theatre - Franklin-Theatre
615.538.2076 Sign up for our Newsletter

Nine-time Grammy Award Winning Artist and Nashville resident Sheryl Crow will perform two benefit concerts at the Franklin Theater in Franklin, Tennessee on December 2nd and 3rd, 2011. The shows will benefit the New Hope Academy, a unique children’s school, also located in Franklin. The historic Franklin Theatre, which seats only 300, will provide a wonderfully intimate setting in which to see Ms. Crow, who typically performs at venues for thousands of fans. Profits raised from the event will be used to provide scholarships to the school for children with financial hardships. 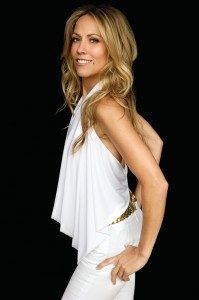 “I feel so privileged to assist the New Hope Academy, in this small way, in furthering their mission and vision,” said Sheryl Crow. “The educational excellence they provide, to a student body nearly half of which is comprised of children from low income families is so very special. And I’m looking forward to playing at the beautiful Franklin Theatre, it will feel like I’m playing for a small group of friends….and there will probably be a few in the crowd!”

The performances will include holiday songs as well as popular favorites from Crow’s extensive catalog of hits.

New Hope Academy is made up of students in pre-kindergarten through sixth grade, more than 60 percent of whom receive scholarships or other financial assistance from the school. The school serves more than 130 local families. 27 percent of New Hope students come from single-parent households, and 41 percent are minorities. “We at New Hope Academy are so grateful to Sheryl for this opportunity to raise funds for our school and raise awareness about the Christ-centered education we provide in this community,” said Headmaster Stuart Tutler.

Originally built in 1937, the Franklin Theatre re-opened to the public on June 3, 2011 following a multi-year, multi-million-dollar restoration. The Main Street landmark is owned and operated by the nonprofit Heritage Foundation of Franklin and Williamson County. “We are beyond thrilled to welcome Sheryl to our stage,” said Sara Preston, Program Director of the Franklin Theatre. “These concerts fit perfectly within our mission: to host world-class live music, and to support our local community. We are delighted that Sheryl chose to partner with us in supporting her cause.”

Tickets for Sheryl Crow’s Acoustic Christmas start at $95 and go on sale to the public on Friday, November 4 at 10 a.m. at www.franklintheatre.com.