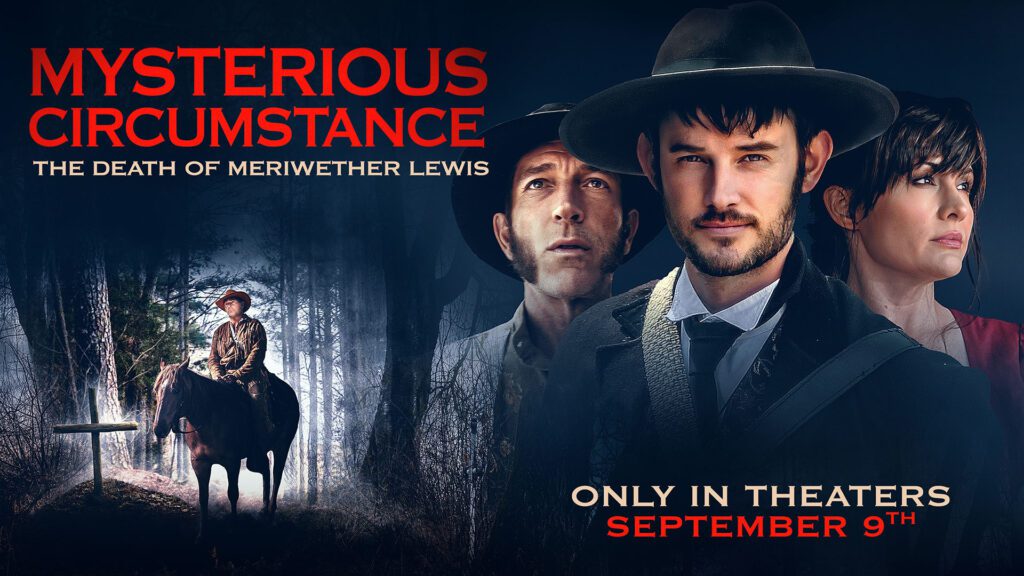 Attend the regional premiere of "Mysterious Circumstance: The Death of Meriwether Lewis".
Don't miss this new film that covers a historic event that occurred at Grinder’s Stand on the Natchez Trace.

Brief Director Remarks Before the Film

In 1809, Meriwether Lewis (of the famous Lewis & Clark duo) died of gunshot wounds at Grinder’s Stand on the Natchez Trace. Did he, as then-governor of the Louisiana Territory, commit suicide, as is widely believed? Or was his end far more sinister?

Entangled versions of the explorer and surveyor Lewis’ death at a remote Tennessee inn are imagined by his friend Alexander Wilson (Billy Slaughter, Mindhunter) during a tense encounter with Priscilla Grinder (Amye Gousset, The Card Counter) – the only witness to the American explorer’s final night alive.